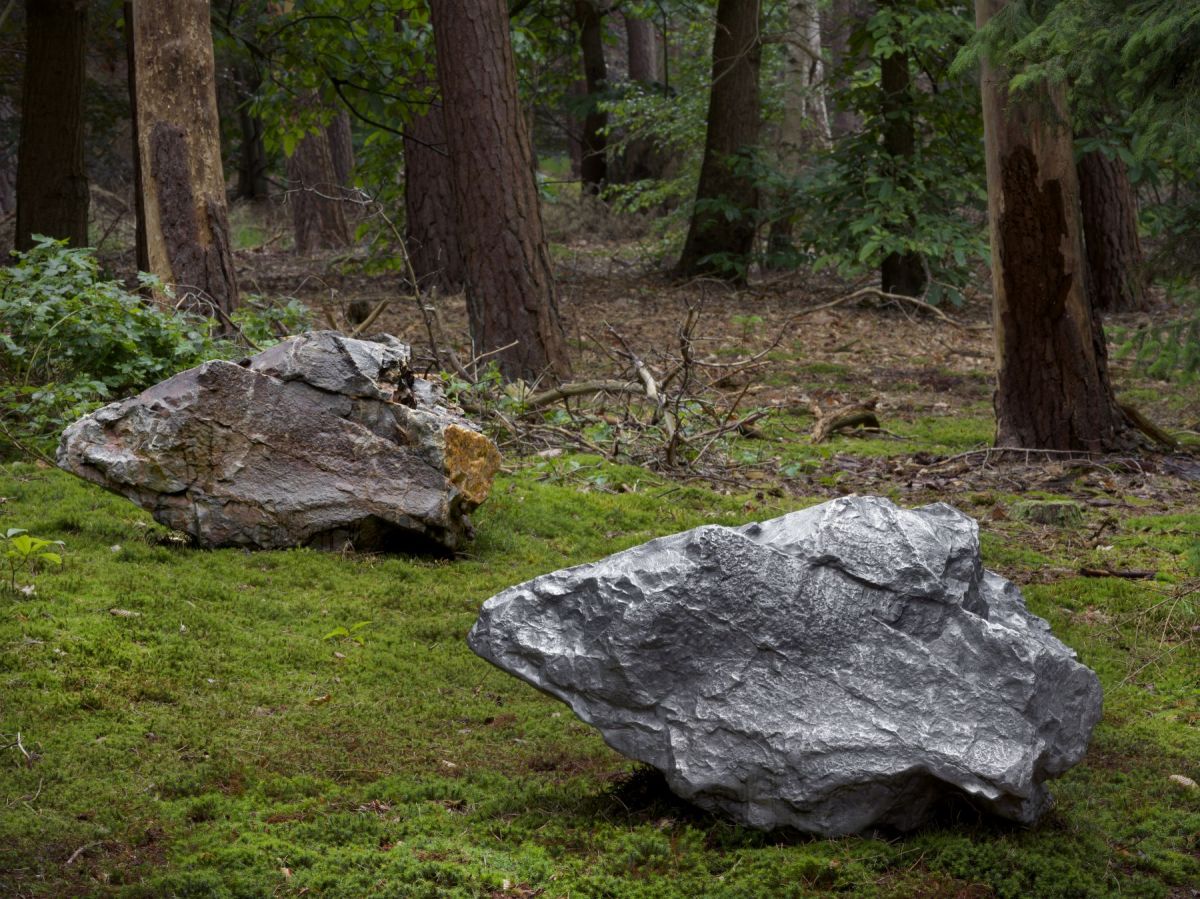 The Dutch artist Saskia Noor van Imhoff (b. 1982) once explained very clearly in an interview what her artistic practice involves: she does not give viewers answers but options as to how they might look at things. The work that she showed as part of DELIRIOUS immediately makes it clear what she meant by that.
#+30.00 consists of a boulder she once found in the south of the Netherlands – but which could just as easily have been lying around at De Oude Warande – plus a replica, cast in aluminium and placed a few metres away from the original in the park. Copying the found object makes visitors suddenly look at it in a very different way. This work raises questions about the nature of art, and how it is evaluated, presented and perceived.

Van Imhoff has good reason for employing elements in her work that normally remain invisible to the public, such as humidifiers, air-conditioning systems, and works of art from storage depots. She often makes location-specific installations for museums and galleries in which she carefully examines the space, the architecture and the objects in the space in her own unique way. She then reproduces and manipulates sculptures and combines existing objects with sculptures she has made herself, works by other artists and everyday objects, without any form of hierarchy. By doing so, she makes visitors reflect on the systems through which we organize, classify, interpret and evaluate, thereby exposing the hidden aspects of the creation, treatment, conservation and exhibition of works. In Van Imhoff’s installations, artwork, exhibition space and subject often coincide.

With her completely unique forms of organization and presentation, she encourages visitors to make associative
connections between the various elements. At the same time, the work, as is typical of this post-internet era in which everything is connected and can co-exist, exhibits a familiar classical formal idiom that is light, subtle and abstract and in which fluorescent pink, blue and yellow are recurring colours.

Van Imhoff’s fascination with cataloguing is also evident in the titles of her works, which often consist of numbers, as is the case in the work she presented in DELIRIOUS.

To offer you the best possible service, this site uses functional cookies as well as cookies for web statistics. By clicking on “Accept” or continuing to use this website you give us consent to use cookies. read more …